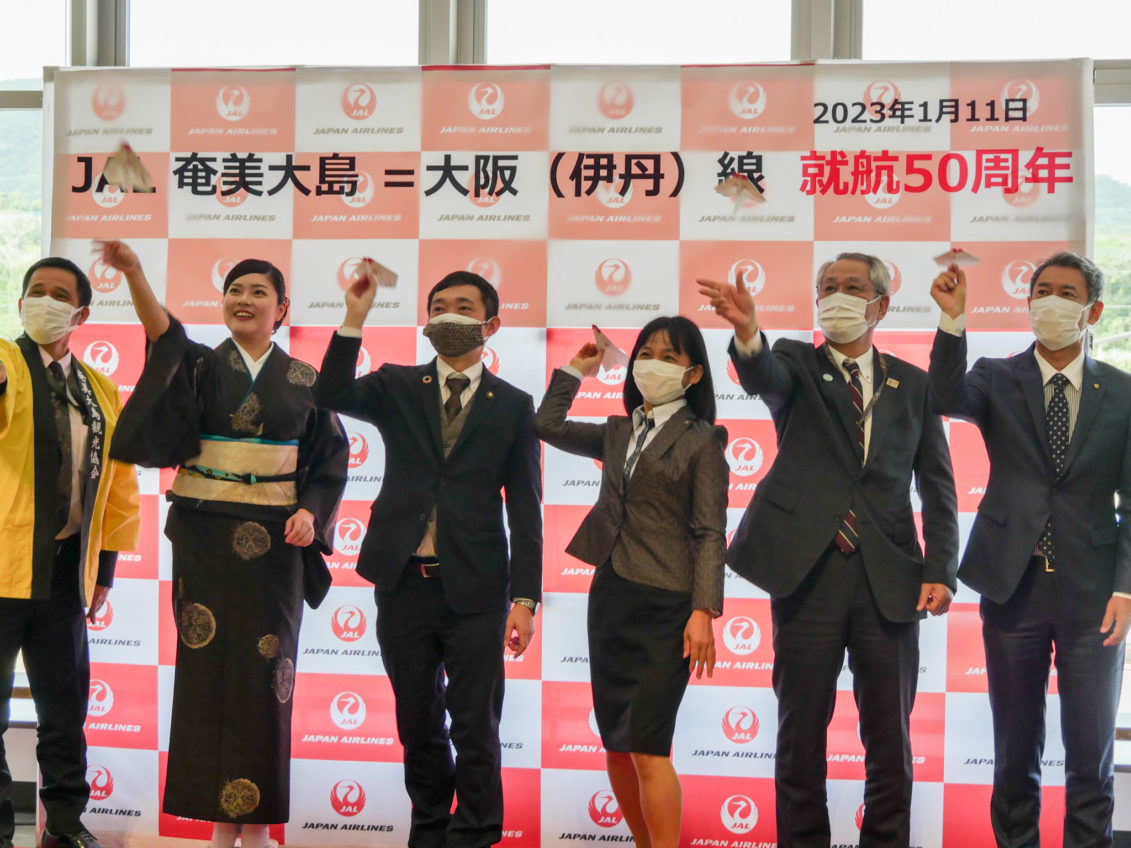 January 11, 2023, marked the 50th anniversary of the Japan Airlines route between Amami and Osaka. Representatives from Japan Airlines, Kagoshima Prefecture, and Amami Oshima gave speeches and wrote their wishes on paper airplanes supporting their continued cooperation.

Those boarding the flight that day were met with a pleasant surprise as they were given commemorative gifts before boarding the plane and were seen off as representatives, such as the Mayor of Amami City, waved farewell from the runway. 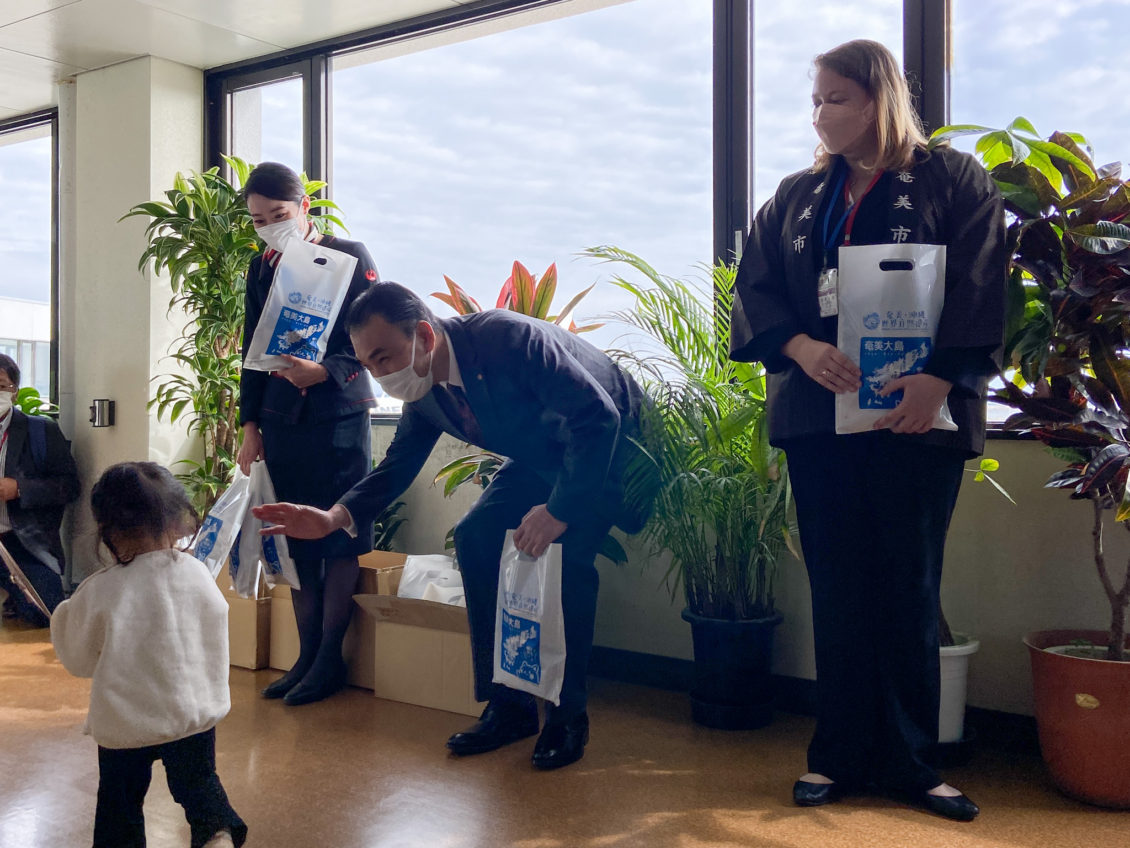 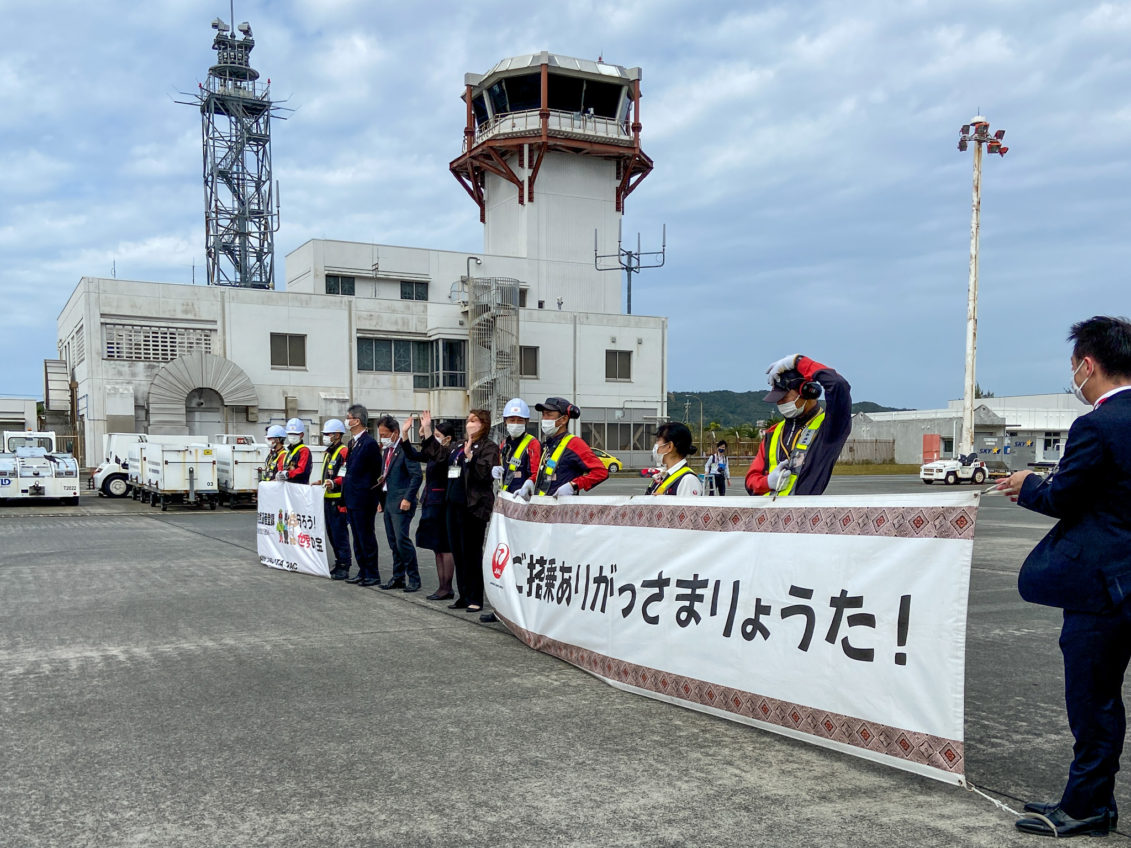