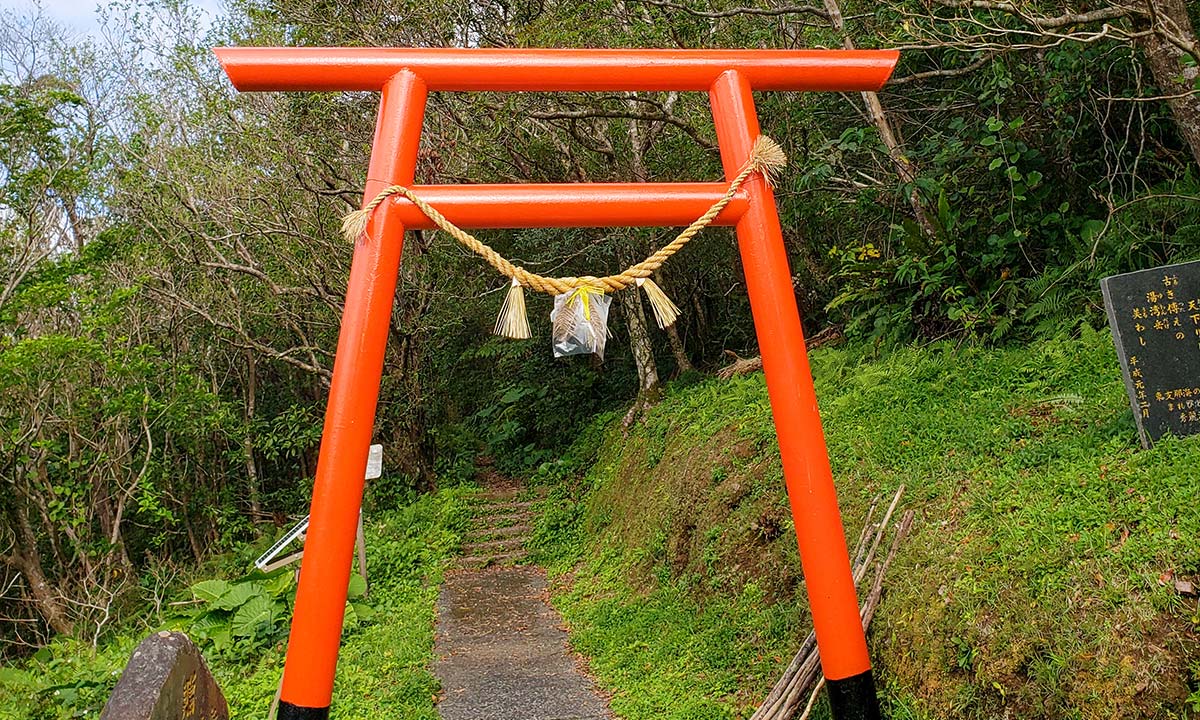 Mt. Yuwan is the highest point in the Amami Archipelago, standing at 694.4 meters. At the top there is a stone monument dedicated to the two gods that came down from the heavens and created Amami in the origin story of the island. Various endemic and endangered species such as the Amami rabbit, Ryukyu spiny rat, Amami jay and more reside in the subtropical broad-leaved forest that spreads out atop Mt. Yuwan. Mt. Yuwan became part of the Amami Gunto National Park in March of 2017. The observation park is accessible by car, where there is a panoramic view of Yakeuchi Bay, and there is a trail going further into the mountain for those looking to do a little walking.