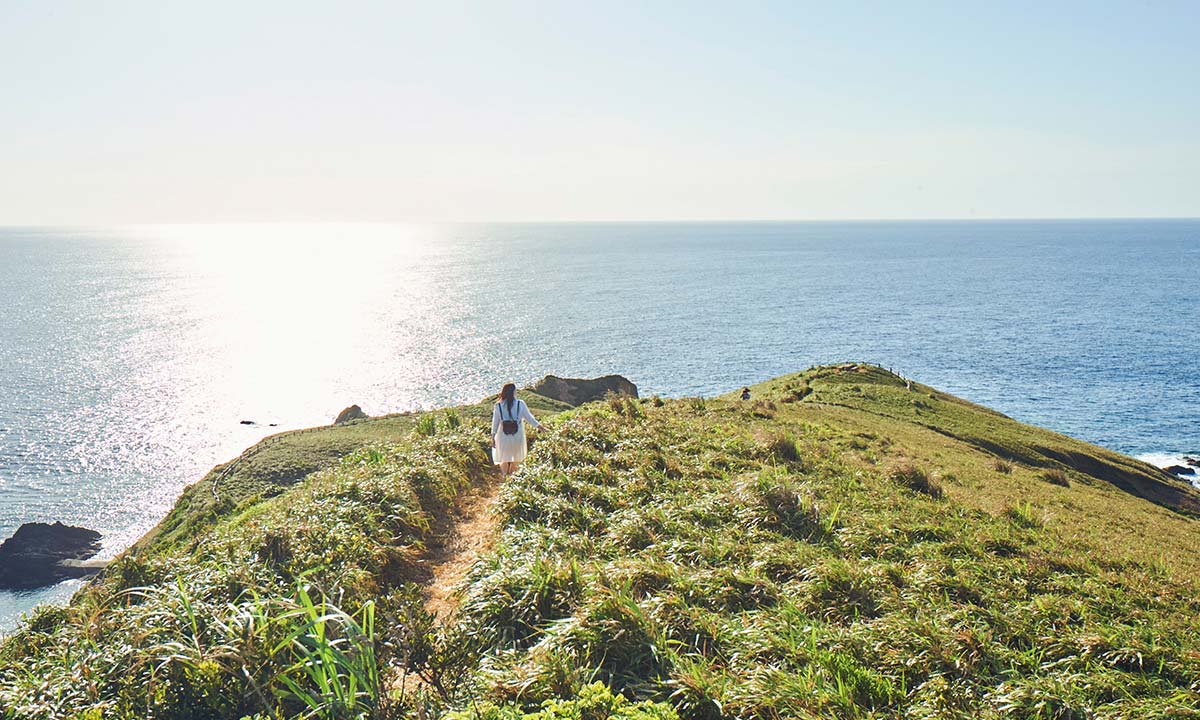 Miyakozaki is a cape that juts out into the East China Sea on the edge of Kuninao community in Yamato. The beginning of the cape is about a 25-minute walk from the parking lot by the entrance, so it is a great place to do some brisk walking. Hills of ‘ryukyu-chiku’ bamboo that have been kept short by the strong winds spread out before your eyes, and various paths lead to different scenic points around the area. Miyakozaki is also designated as a ‘special area’ of the Amami Gunto National Park.

Miyakozaki Cape is an elevated promontory on the western coast of Amami Oshima. It juts out into the blue waters of the East China Sea near the village of Kuninao. The tip of the cape has no large trees due to the strong western winds that stunt the growth of plant life. The cape is covered in Taiwan yama-tsutsuji, a type of hardy azalea, and Ryukyu chiku, a kind of broad-leaf bamboo known locally as sasanto, the leaves of which were traditionally used for roof thatching. Because of the low growth, most spots on the cape offer clear views in all directions; the mountains, rugged coastline, and coral reefs. From January to March, whales can be seen breaching in the sea around the cape. Local fishermen say the calm waters make this a good fishing ground, and that collecting shellfish on the reefs is an option when high winds prevent boats from going out.

Hiking to the Cape

This is one of the few places on the island where hiking is encouraged, as the presence of habu, a venomous snake found throughout the island, makes hiking dangerous in most areas. Hikers can trek along a 1.5-kilometer paved road that leads from the nearest parking area to the observatory, and along several trails that crisscross the promontory and lead down to the sea.

Miyakozaki Cape was the location of the opening shot of a television series about the enigmatic samurai Saigo Takamori (1828–1877), who spent two years in hiding on this island. Saigo is a revered figure in Japan, and was the inspiration for The Last Samurai, the 2003 Hollywood film starring Ken Watanabe and Tom Cruise.