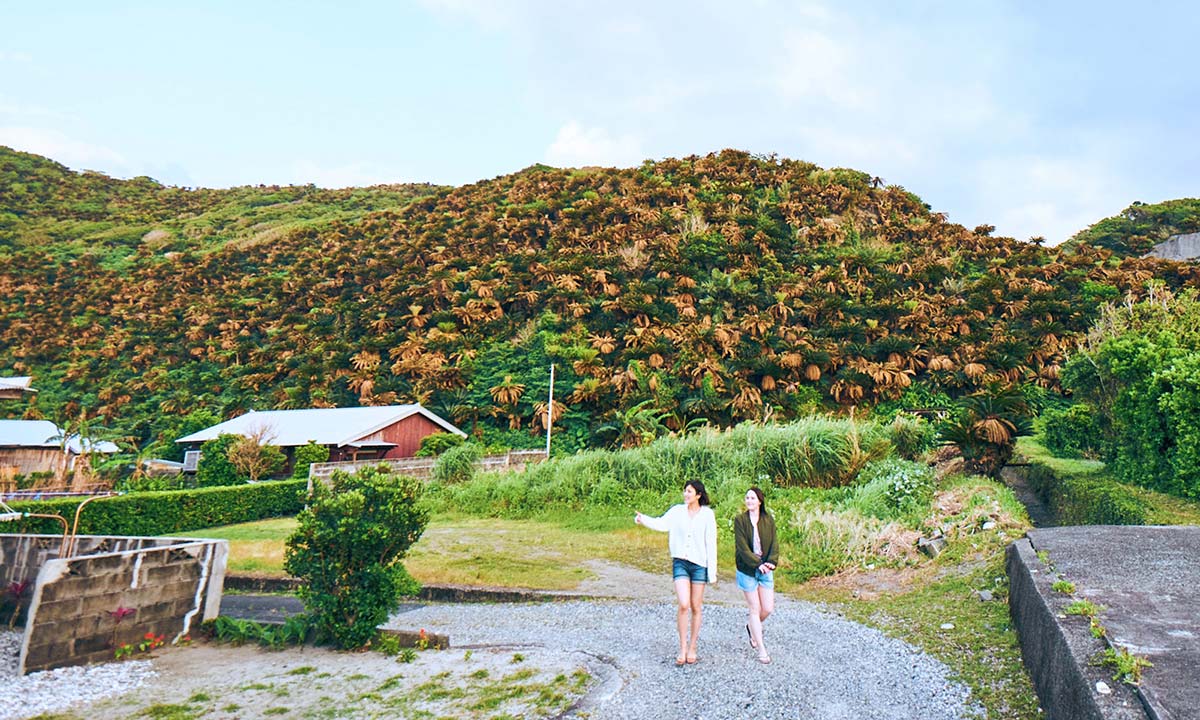 Sotetsu (sago palm) are native to the Ryukyu Islands and southern Japan, and have significantly impacted life on Amami Oshima. It has been utilized as boundary markers as well as windbreak plants for crops on Amami throughout history. During times of famine, islanders prepared and ate the seeds and trunks of Sotetsu, despite their poisonous nature if not prepared correctly. Nowadays Sotetsu is still incorporated into Amami cuisine in dishes such as 'nari-miso,' a type of miso that uses bits of the Sotetsu seeds.

Sotetsu, the cycads that are found everywhere from sandy beaches to mountain slopes, are a symbol of Amami Oshima. Also known as Sago palms, these stout plants with woody trunks and a crown of large evergreen leaves are not actually palms at all, but gymnosperms, like conifers and gingko trees. They grow very slowly over hundreds of years, and were so abundant during the Jurassic period (201 to 145 million years ago) that botanists refer to the time as the “Age of Cycads.”

Today, cycads are mostly used as windbreaks and as backdrops for tourist photos. At one time, however, they were the source of a food that helped many Amami Oshima islanders survive through some very hard years. When the island was under the control of the Satsuma domain during the Edo period (1603–1867), the local people were forced to give up rice production to grow sugarcane, which was traded for rice from Kyushu. A poor harvest meant no rice, so the islanders turned to a more accessible food source: they developed a method to process the cycads’ toxic fruit (nari) to make flour, which could be used to bulk up a small bowl of rice, or be mixed with miso.

That knowledge came in handy generations later, during the last years of World War II and the difficult days after the war. Once again, starvation threatened, and sotetsu again came to the rescue. Today, food is plentiful, and the labor-intensive process seems hardly worth the effort. But a few members of the slowly shrinking generation that relied on the plant for survival, along with young people interested in ancient island ways, continue to make nari flour as a way to keep traditions—and memories—alive.

Wisdom of the Elders

Nari flour’s healthy properties may have helped earlier generations not only to survive but also to thrive, as it is high in protein, iron, and vegetable fat, and low in sugar. It is thought to be beneficial for those suffering from high blood pressure and diabetes, and helpful for preventing allergies and cancer.