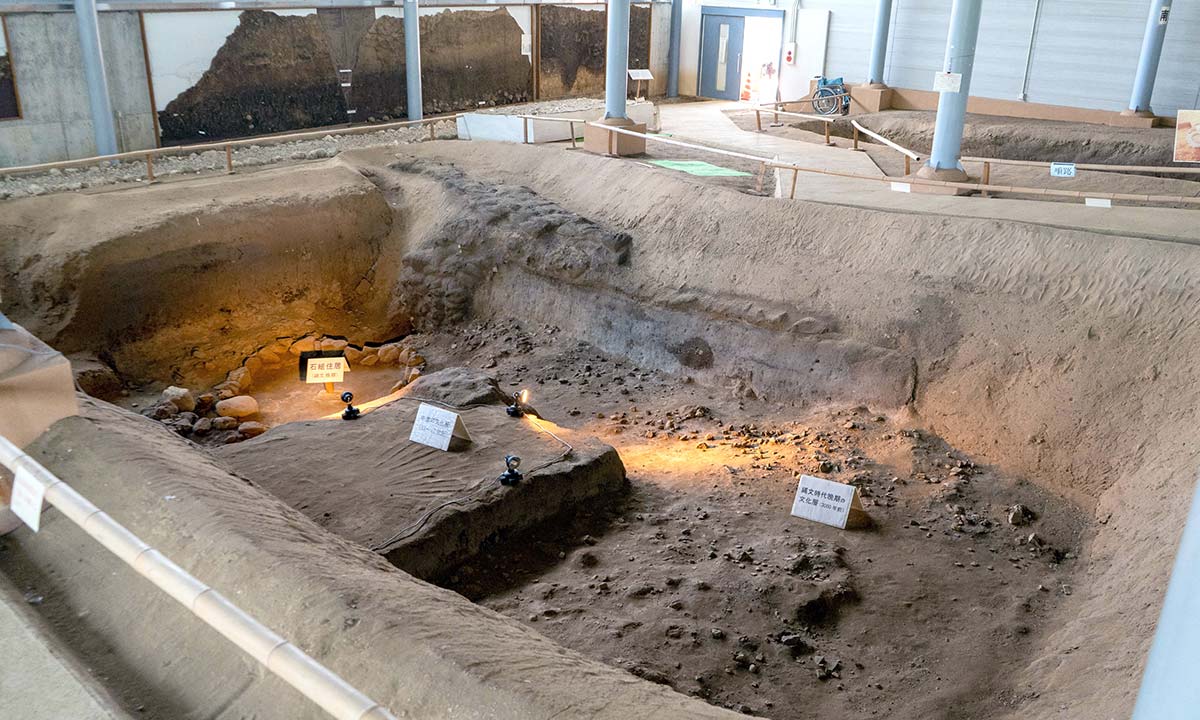 The Ushuku Shell Mound Historic Site facility in Kasari, Amami City was established directly above the Ushuku Shell Mound remains which were designated as a National Historic Site in 1986. This facility displays remains of pit-dwellings of the Jomon Period as well as archaeological remains of gravesites and ditches from the Middle Ages as they were discovered during an excavation, with the purpose of preserving the site and disseminating knowledge of the remains. The Jomon Period pit-dwelling remains are estimated to be around 3,000 years old, and the remains from the Middle Ages are estimated to be from the late 11th century to the early 12th century. Travel back in time and immerse yourself in the lifestyle of our ancestors.