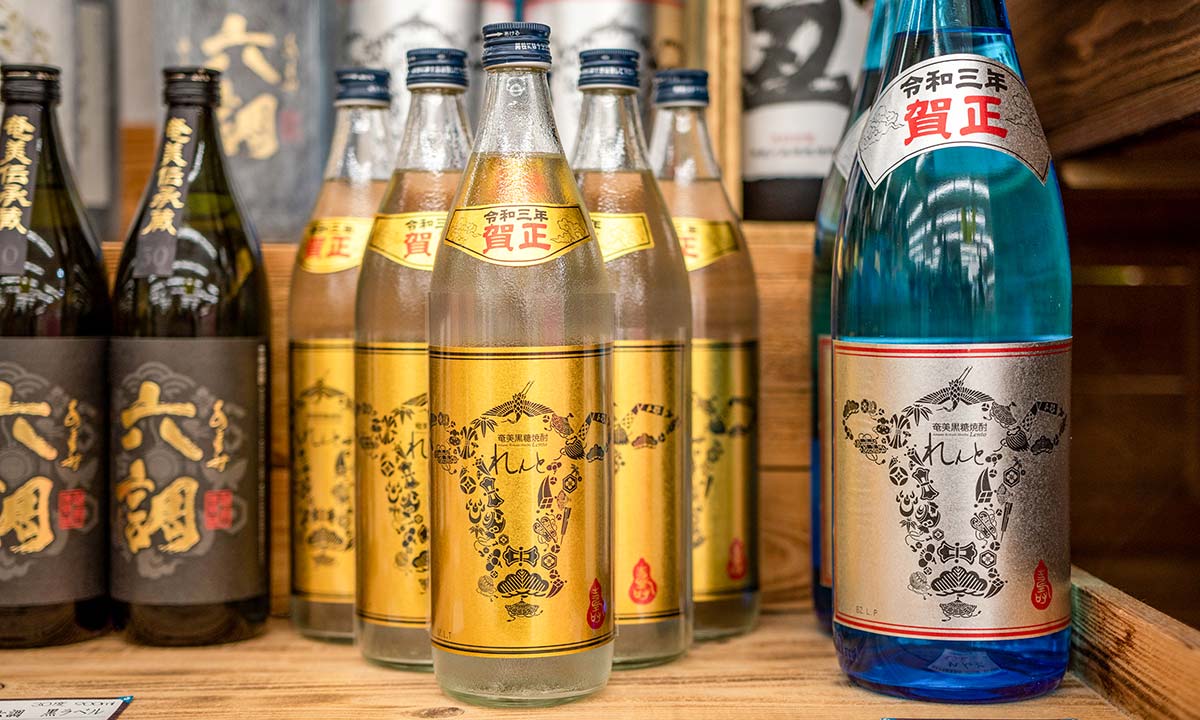 This is a popular distilled beverage made of malted rice and brown sugar. Shochu is produced from rice, barley, sweet potatoes, or other ingredients in many areas of Japan, but only breweries in the Amami Islands are permitted to produce shochu from sugarcane. The drink ranges from 12 percent to 44 percent alcohol, and flavors vary. On Amami Oshima, it is traditionally served diluted with room-temperature water, but nowadays is also enjoyed on the rocks or with other mixers. 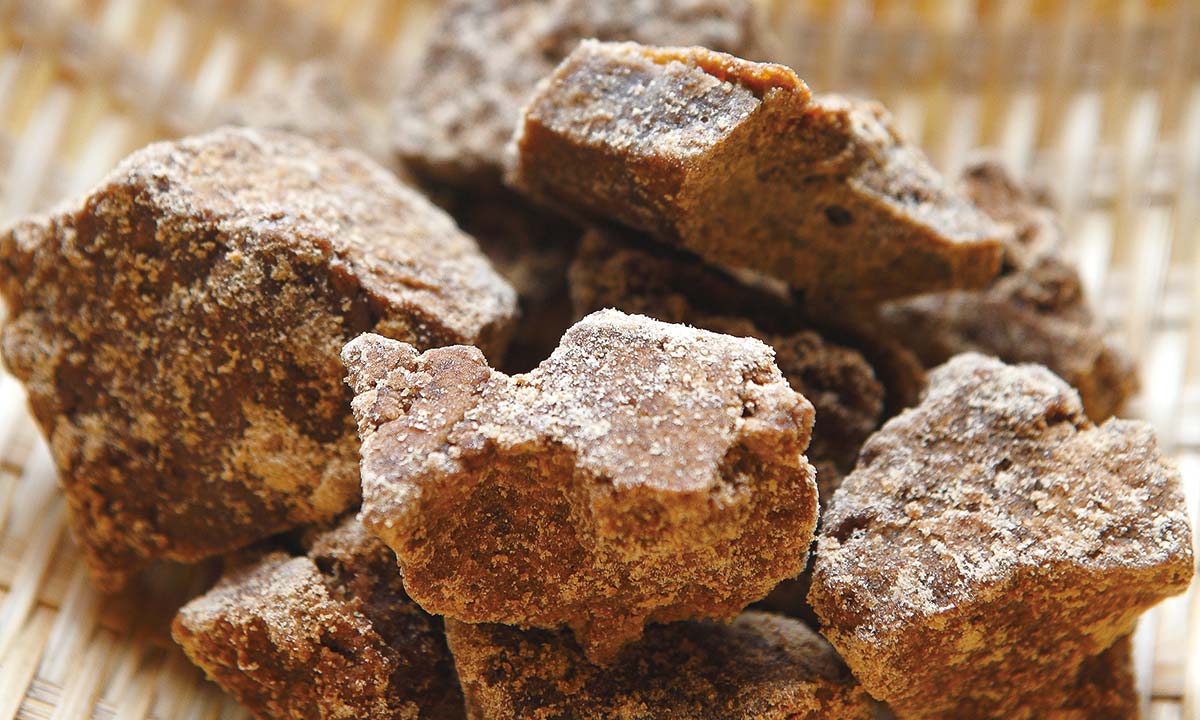 Kokuto Shochu liquor is an essential aspect of social island life, and the industry is poised to capture the attention of the world as well.

One of the products made using unrefined brown sugar is the Amami Island specialty of kokuto shochu, a brown sugar–based distilled liquor. According to the brewer’s association, it was produced as far back as the nineteenth century. This suggests that islanders were making it secretly at a time when they were forbidden to use the sugarcane they grew, as the entire harvest had to be turned over to the Satsuma domain.

The official history is that awamori, a similar distilled liquor made from rice, was being produced on Amami Oshima and throughout the Ryukyu Islands until the difficult days of World War II. Shortages of rice led Amami producers to turn to the locally grown brown sugar, a practice that was continued and refined until the island was returned to Japan in 1953. Local distillers were concerned that the fixed Japanese tax rates on alcoholic beverages made from sugar would make the production of kokuto shochu too costly. Luckily, the government understood the importance of the liquor’s sales to the island’s economy and culture, and gave brewers in the Amami Islands special permission to continue production. That restriction remains in effect today, making the drink a sought-after specialty produced only on five islands. 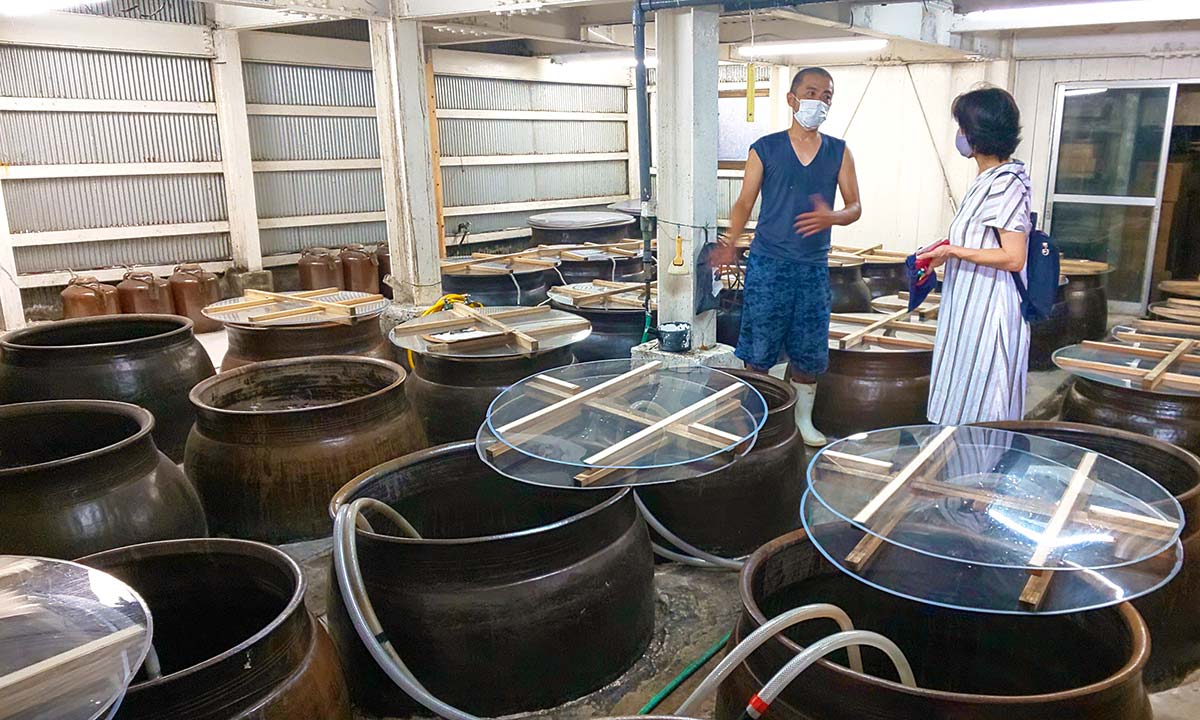 Shochu is produced using two types of distillation processes. Distillation using reduced pressure results in a drink with a lighter taste, while shochu made using normal pressure distillation is more robust, with a stronger flavor. Both processes use koji mold, a fungus that breaks down carbohydrates into sugar, before the fermentation process turns the sugar into alcohol. Melted brown sugar is then added before distillation. 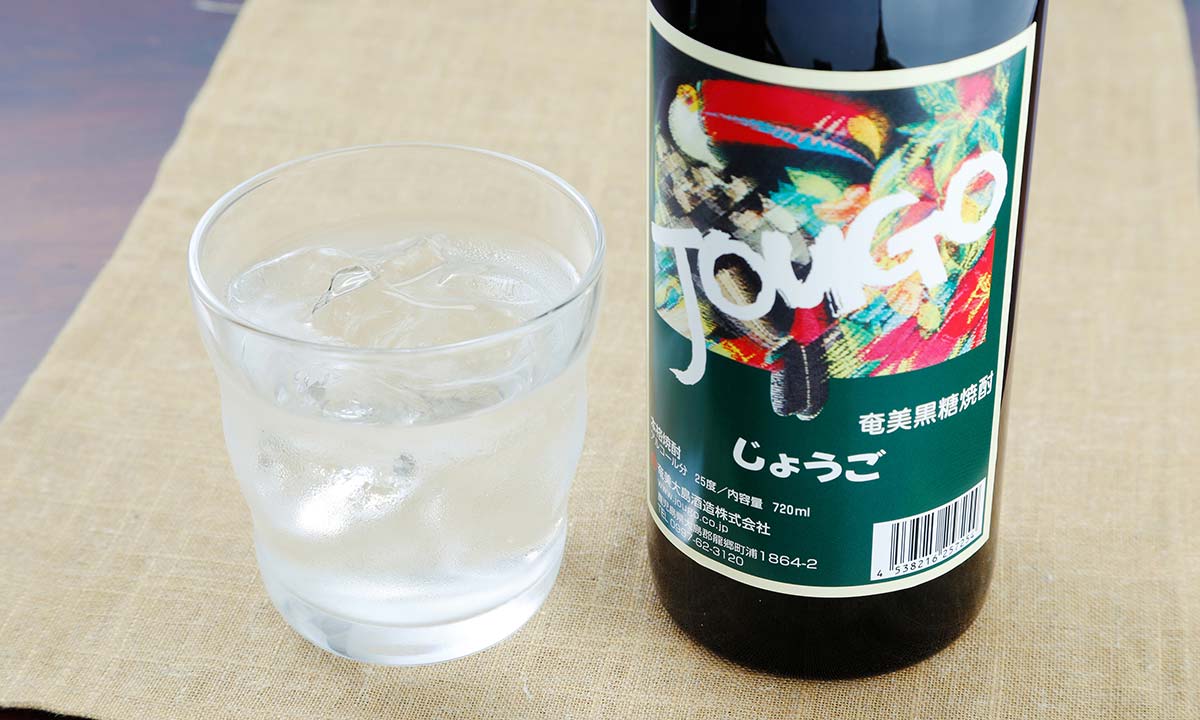 The Boom in Popularity

Of the 25 breweries in the Amami Islands making kokuto shochu, 10 are based on Amami Oshima. The range of products fills entire walls at local liquor stores, with choices ranging from shochu with a 12 percent alcohol content up to those with 44 percent (anything more is considered a spirit). The drink can vary from having the light body of a white wine to the dark, smoky richness of an aged whiskey. Brewers use a variety of techniques to develop different palates, such as aging in wooden casks or ceramic pots, or using different sources of brown sugar. While traditionally kokuto shochu is mixed with water and drunk at room temperature, more people are experimenting with drinking it on the rocks, or combining it with soda or other mixers. 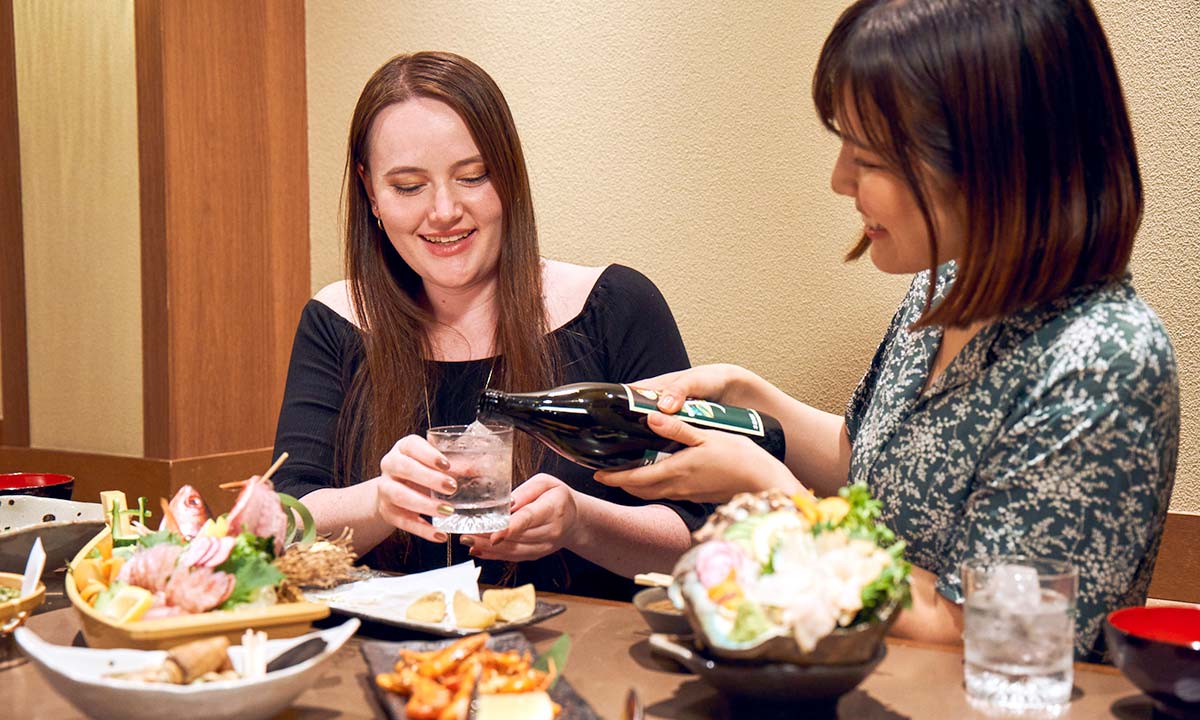 Though kokuto shochu is made using sugarcane, it does not contain sweeteners or additives and has few impurities, so it is thought to be less likely to cause hangovers. It is low in calories, around 140 kilocalories per ounce, and also low in carbohydrates. According to some studies, it also stimulates enzymes that help dissolve blood clots. Moreover, it is said to be one of the few alcoholic beverages that gout sufferers can safely drink.