Pork became part of the local diet as a result of influence from China (via the Ryukyu Kingdom), and shiobuta (salted pork) remains a local favorite. Until the mid-twentieth century, pigs were raised at home and eaten at festival times—particularly at the New Year—and the leftover portions of meat were preserved in salt. Today, shiobuta is commonly available at supermarkets and butcher shops. The pork is soaked in water overnight and served in stews or stir-fried. 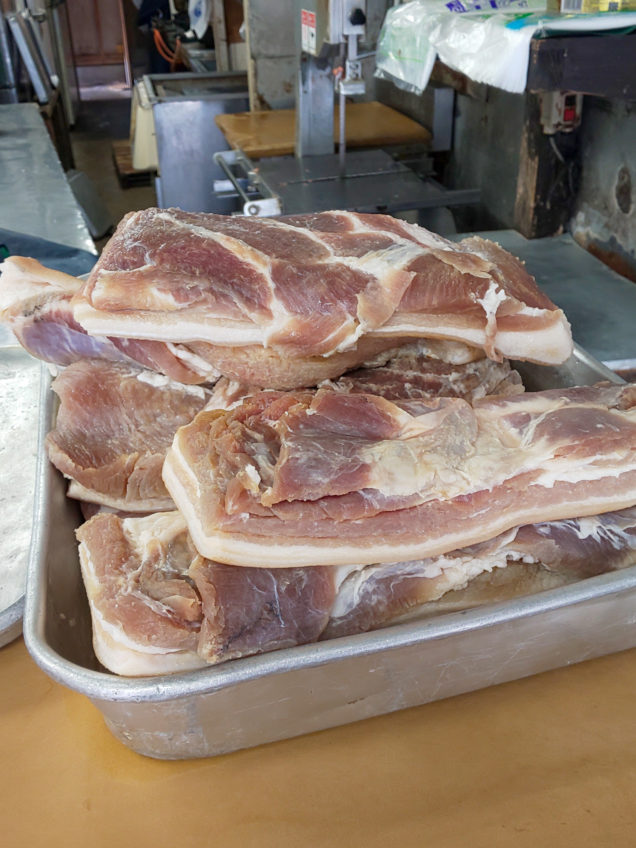