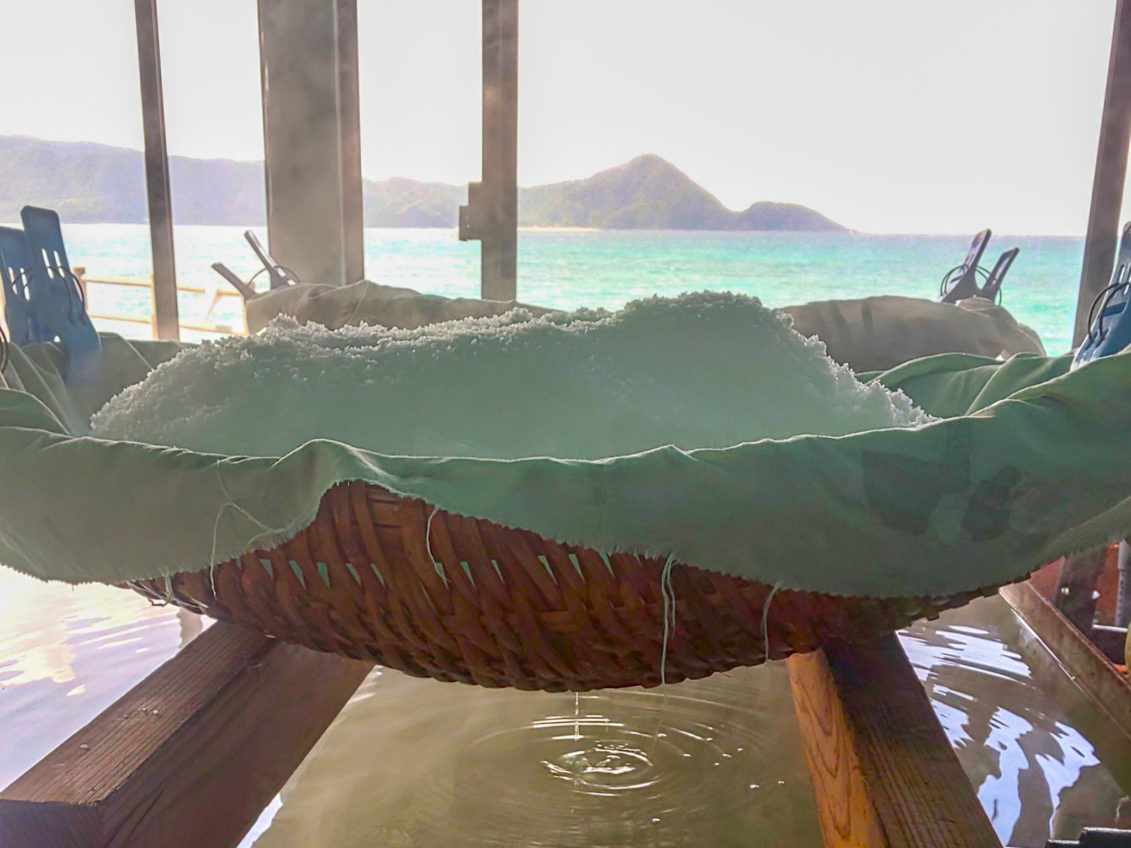 Producing salt from seawater was once a regular part of village life on Amami Oshima. That ended in 1905, when the Japanese government created a monopoly on salt to support the development of a domestic salt industry, and personal production was no longer permitted. After World War II, when Amami Oshima was placed under US military rule, people were allowed to make and sell salt, but the ban was reinstated when the island was returned to Japanese sovereignty. The salt-making ban lasted until 1997, when the monopoly was terminated and people were allowed to produce their own salt again. 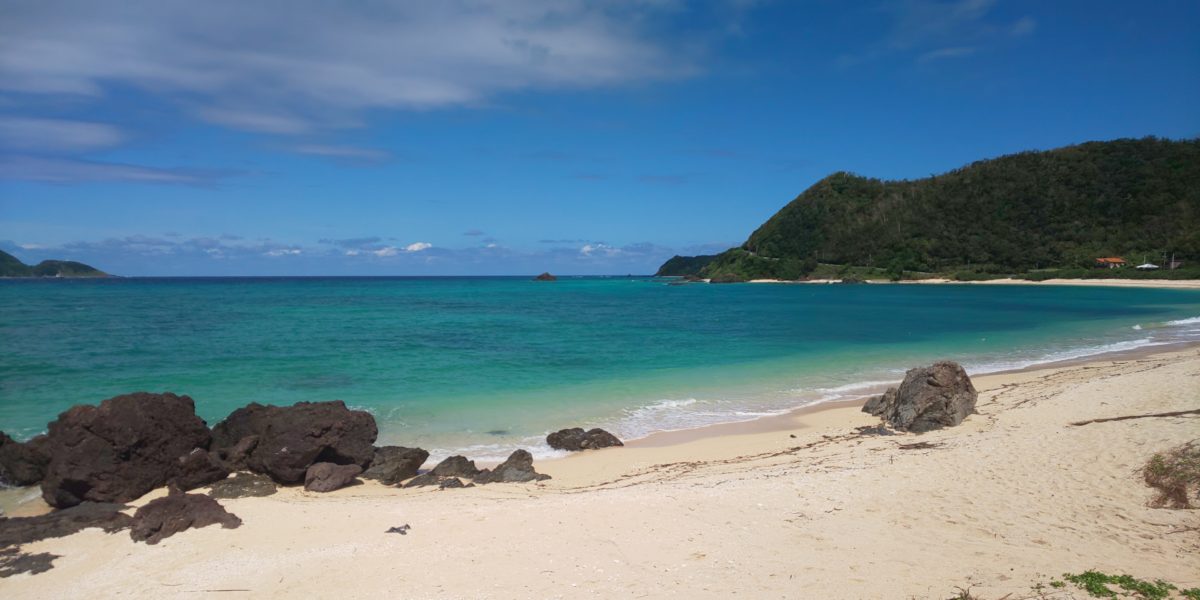 Today, a few people on Amami Oshima still make sea salt, called mashu in the Amami dialect. Just off the beach in the small community of Uttabaru is a small workshop that produces mashu using seawater fed by the Kuroshio current. A pipe runs from the seafloor to a filtered rooftop tank, where water is allowed to evaporate in order to concentrate the salinity. About 1,000 liters of the seawater are then piped into shallow metal tanks that are heated over firewood. This water is boiled for eight hours under strict observation. Impurities sink to the bottom, and the calcium that accumulates on the surface is carefully removed. Once the seawater reaches a certain level of concentration, salt begins to crystallize, and 15 kilograms of high-quality mashu are scooped from the tanks using long-handled screens.

The salt made from Amami Oshima’s reef waters is much richer in sodium, calcium, potassium, and other minerals than average table salt. Though the process of making mashu is labor intensive, the salt has a mellow, yet flavorful taste that is hard to find elsewhere. Some local restaurants use the workshop to produce salt for their own use. Mashu-making workshops are available for interested visitors.